The CKC Chinese Input Method is developed by Mr. C. K. Chow. Users can use it in the information technology and enhance their Chinese language as well. It is an efficient tool in learning Chinese.

CKC is a type of appearance-based coding system. The strokes and the features of the Chinese character components are classified into 10 groups, represented by 10 numbers 0 through 9.

For easy memorization, the following pithy formula can help to remember the relationship between character strokes and their respective codes: 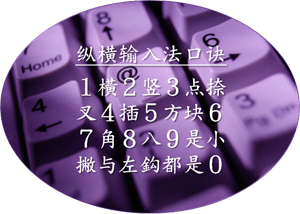 If a character has less than 4 corners, take the actual number of corners. Look at the following examples: 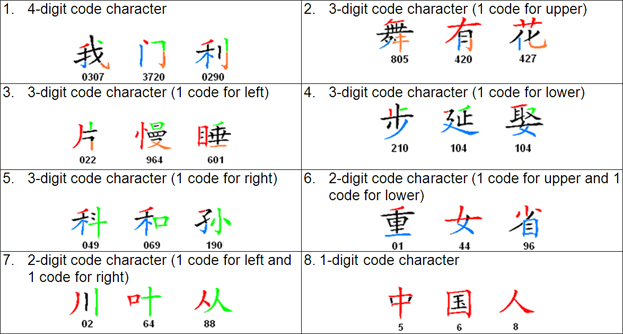 One of the major features of CKC Input Method is the phrase input which improves the input speed substantially. The rules are as below: 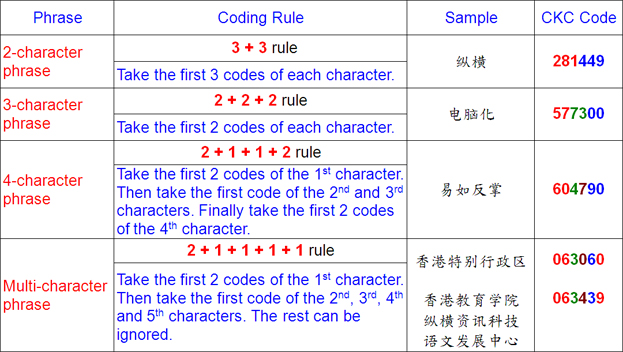